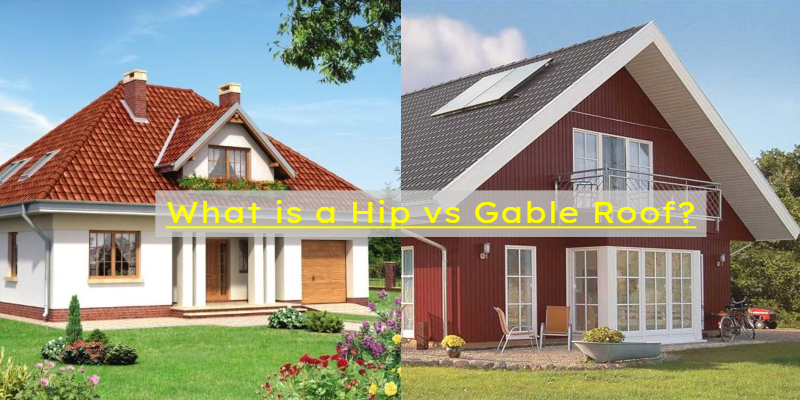 When it comes to roof shape, there are a ton of choices. Even two of the most common - the hip roof or the gable - have multiple styles, leaving you lost in a sea of options. So get comfortable in your seat as we help navigate the waters of hip and gable roofs. What are they, and is one type better than the other? 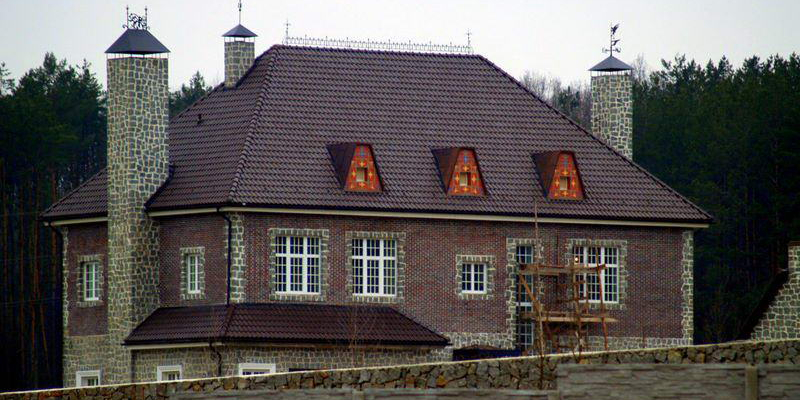 Hip roofs are easy to spot due to having four equal-length sides that form together at the top of the roof, referred to as the ridge. The place where two planes meet is the hip, which can create a triangle or a pyramid shape. These roofs do not have any flat ends, gables, or vertical ends.

If you decide you're in the market for a hip roof, there's more to consider. As it happens, there are multiple types of hip roofs. 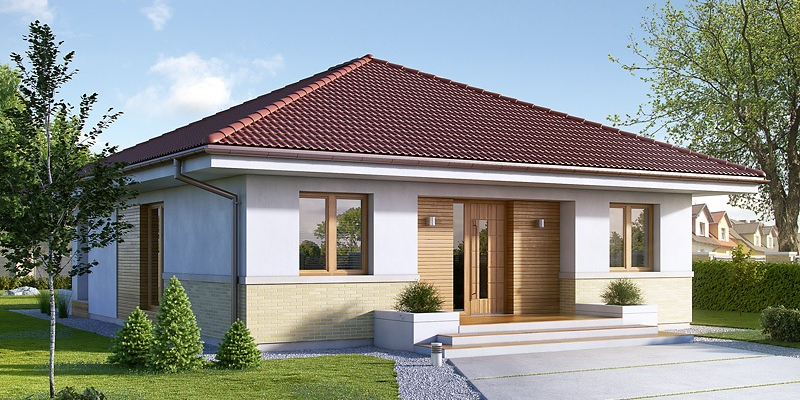 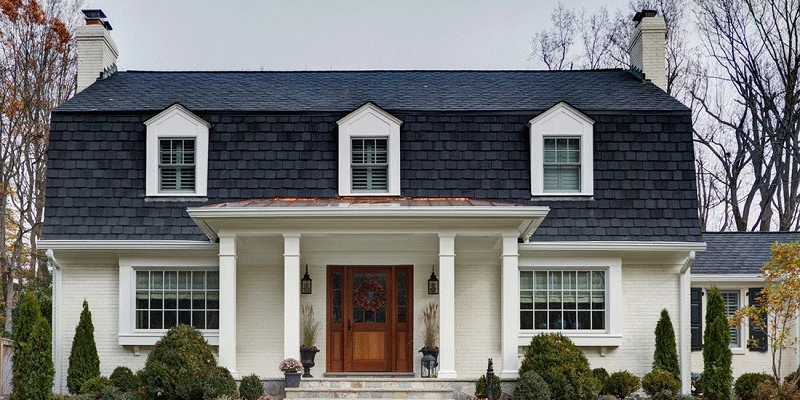 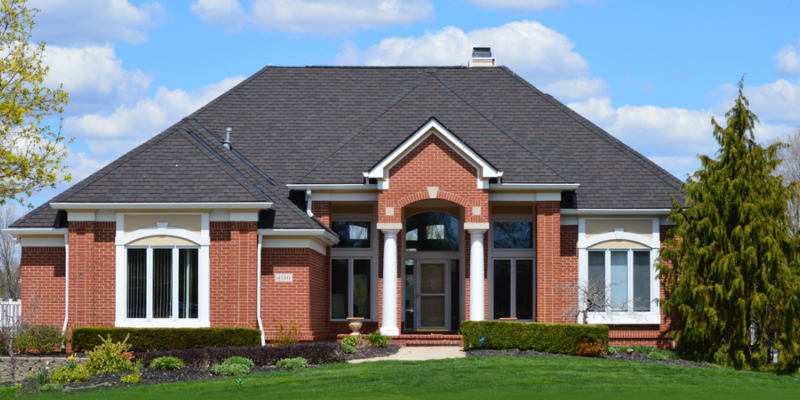 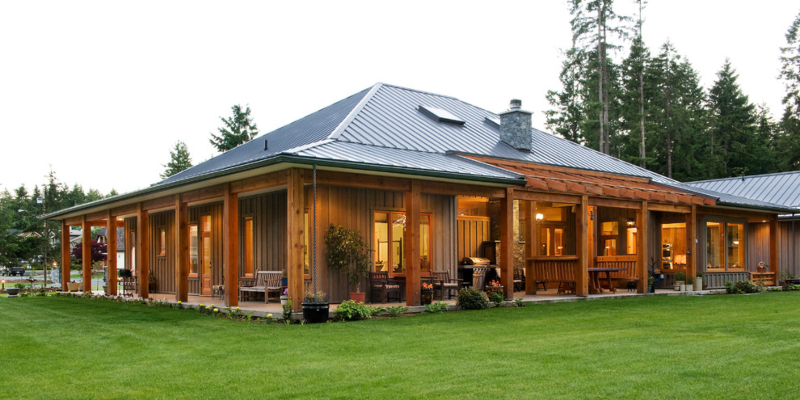 So, what are the things to love about a hip roof?

Hip roofs have higher wind ratings, making them a superb choice for climates that get significant winds from hurricanes or tornadoes.

One factor that affects a hip roof's stability is there is less need for diagonal bracing. And since there isn't a flat face, there's less area for the wind to catch.

Many insurance companies offer discounts to homeowners in hurricane-prone areas for using a hip roof. You could see savings up to 32%. Adding a Class 4 impact-rated roofing material can increase your savings even more.

Another great selling feature of hip roofs is the basic layout, which allows for easier and faster construction. The lack of extra bracing and walls of the same height enables builders to erect a hip roof faster than a gable roof.

Hip roofs do not perform well with snow due to the lower pitch. If you live in a climate with frequent snowstorms, a hip roof may fail to function correctly. Heavy snow buildup can result in a roof that leaks, caves in, or cracks.

Now, that's not to say that you can't use a hip roof in climates with severe winter weather. However, if you're hype to have a hip roof, make sure your contractor builds to your location's building code, which sets standards for roof pitch based on climate.

Another downside of hip roofs is that you will lose out on attic space due to the construction. The diagonal bracing of a hip design takes up more room than the bracing for a gable roof, causing the attic to be smaller. Some homeowners add dormers, which allow in natural light and give you extra space.

Despite the easier assembly, hip roofs cost more to construct compared to gable roofs. Two factors affect the price. The first is that hip roofs are challenging to design, which automatically increases the cost. And the second factor is the number of roofing materials needed to build a hip roof correctly.

Is a Gable a Gamble?

Gable roofs have two sloping sides that form the ridge and one or more flat ends - gables. This triangular section has vinyl siding, stone, or other exterior materials rather than roofing products. Gabled roofs can have numerous gables.

Gable roofs are similar to hip roofs in that there are multiple subtypes.

Open: Classic look with a gable covered in siding

Box: Enclosed, extended gable that extends past the walls 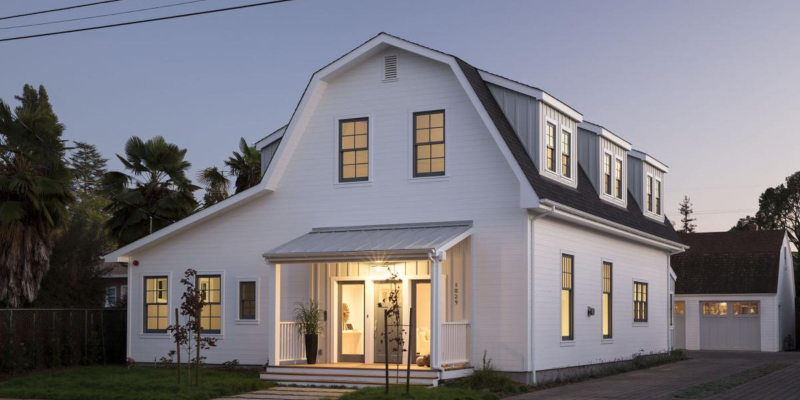 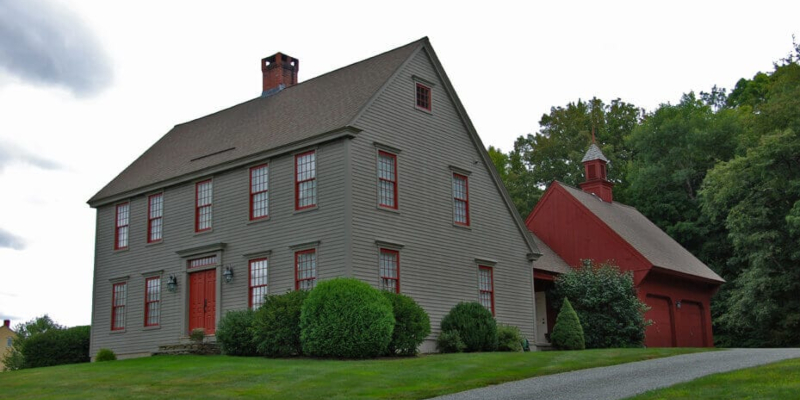 Saltbox: Colonial-style asymmetrical roof with an open gable with one end of the roof extending further than the other

Hip roofs are cheaper to install. So if you're on a tight budget, a gable roof can help you get a great style for an affordable price.

You'll get the lowest price by picking an open gable roof, as there are only two roof planes to cover compared to the four sides of a hip roof. That means less roof to cover equals fewer materials to buy, thus more savings.

Gable roofs provide better ventilation. Having the proper airflow in your attic space is crucial to keep your roof and home in healthy condition. Roofs that don't have the correct ventilation can end up with a host of unwanted problems. All gable roofs are compatible with gable vents, which reduce the humidity in your attic, making for a healthier home and occupants.

Pro Tip: While gable vents are great for providing extra air for garages, your roofer should also install additional vents, besides the gable vent, to allow the air to flow through your house correctly. If your contractor only mentions one vent, call them out. You also want soffit and ridge vents installed.

You get more attic space. So if you have dreams of converting your attic into a spare room for gaming, media, or an office or kid's playroom, you'll want to give serious consideration to a gable roof over a hip. Gable roofs are also better if you desire vaulted ceilings.

A gable roof gives you more room to install decorative materials to give your house a unique look. When you have a gable, you have options like pediments, ornaments, or gable brackets that allow your roof to have some accessories. There is a wide range of gable decor available, letting you have plenty of choices.

A gable roof has poorer performance against high winds compared to a hip. Because the gable is flat, wind can hit it directly, causing the air to push up towards the roof. In addition, when there's an overhang, strong gusts of air could potentially cause the truss of your roof to pull up. Keeping your gable overhang less than 30" could help reduce this risk.

Gable roofs are also more complex to build. One factor that increases the difficulty is that the walls will not be the same height as a hip roof. Each wall has to meet the angle of the roof. Gable roofs also require additional bracing and brackets to increase wind resistance. Both of these support structures require extra time and skill to install.

Hip vs. Gable: Which is Better For You?

The first thing to note about hip vs. gable roofs is that a roof doesn't have to have one or the other. Some roofs can have both gables and hips. Types of combination hip and gable roofs include:

This chart demonstrates the performance of hip and gable roofs side by side to display their differences and strong features.

Hip or Gable - How to Decide?

When trying to debate between hip or gable, the first thing to consider is what looks look you like best. These two roofs have drastically different styles, making it easier for you to decide whether you like the look of a roof with four sloping sides or if you want two sides covered by the roof with two sides open.

Your location's climate may also affect your decision. For example, hip roofs have better wind resistance, making them better for areas with high winds. In comparison, gable roofs perform better against the snow.

Your money situation will also affect your choice. Remember that hip roofs are more expensive to build than gables, as a gable roof requires less material.

The slope of your roof can also narrow down your choice of style. Gable roofs work better on low slope roofs (less than 3:12) since there are fewer valleys. Hip roofs typically have one or more valleys that require a 3:12 or higher slope.

By now, you should be able to decide if you're a hippie or a gabler. Once you've picked your roof shape, it's time to decide on another crucial factor - roof covering. Just as there are many types of roof shapes, there's also a huge selection of roof dressings -