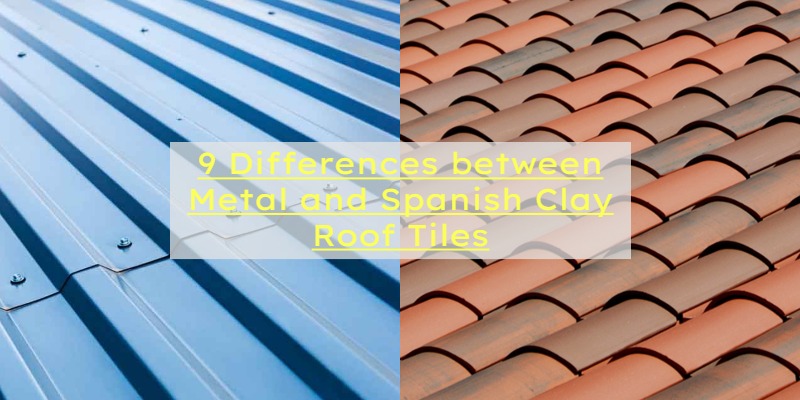 Installing a roof is an expensive undertaking regardless of the material you choose. That's why it is crucial to consider some critical factors before making such an important decision.

You will often find yourself having to decide between two choices. Two popular options that people usually pit against each other are metal and Spanish clay tiles. In this article, we examine the differences between the two by comparing them in different aspects.

By the end, you will learn the pros and cons of each option and the factors you need to consider before making a purchase. Let's dive right in.

The history of metal roofs dates as far back as the 3rd century B.C. in Sri Lanka. In the United States, metal roofing started in the 1800s with lead and copper as the materials of choice.

Over time, other materials such as zinc, aluminum, iron, and steel also gained popularity. Today, metal roofs are available in a variety of styles. They are suited for residential, commercial, architectural, and industrial applications.

Spanish clay tiles have been around for millennia. Archeologists have uncovered remains of clay tiles dating as back as 10000 B.C. in China.

It was the European settlers who later introduced clay tiles in the United States by the 17th century. Today, they have become a popular option for homeowners in warmer regions such as California and Florida, owing to their energy efficiency.

With the introductions out of the way, we will now compare metal and Spanish clay tile roofs. But first, here is a summary. 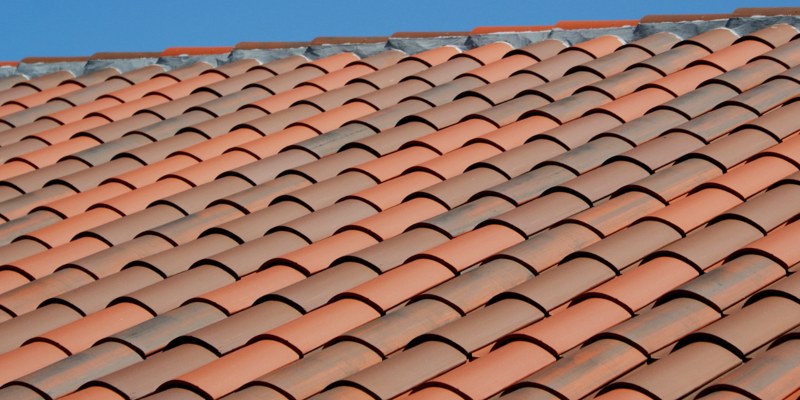 Metal and Spanish clay tiles roofs are both beautiful but feature different styles. Metal will give your roof a modern, sleek look, while Spanish clay tiles have a more traditional, rustic appearance. Whatever option you pick will depend on the style of your house and your personal preference.

Spanish clay tiles are prevalent in some areas of the United States, such as California, Florida, Georgia, and the southwest U.S. But if you live in other regions such as New York or New England, the tiles will not fit the area's architectural style. 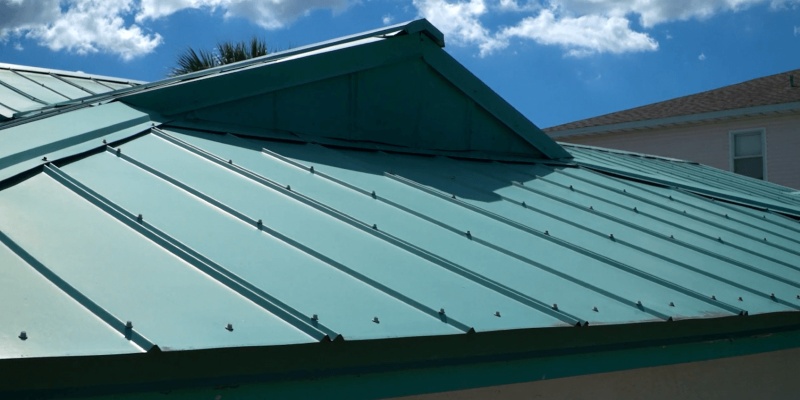 Metal roofs may not have this problem since you will find them all over the country. However, some HOAs and historical districts restrict their use. Some reasons for banning them include going against the neighborhood's architectural style or having a more "industrial" appearance.

There are a variety of colors to choose from with metal roofing. On the other hand, Spanish clay tiles mainly feature red, earth brown, and orange colors. However, the paint on a metal roof will fade over time, unlike with clay tiles.

On average, a metal roof will last for 40 years. Spanish clay tile roofs can last longer, with many surviving for more than 100 years with proper installation and maintenance.

Some metal roofs like zinc and copper standing seam roofs can also last for 100 years. However, these metals are usually expensive, and not many can afford to install them.

However, the tiles are brittle and can break if you step on them or when hit by tree branches. Repeated freezing and thawing can also break them. Moreover, they are susceptible to algae and mildew buildup owing to their porous nature.

Metal roofs will also withstand extreme weather conditions and have a class A fire rating. But unlike Spanish clay tiles, they are resistant to fungus growth and will withstand heavy impact.

However, metals such as steel are susceptible to rusting. Manufacturers solve this problem by applying a zinc and aluminum coating. Nevertheless, scratched surfaces and cut edges are often left exposed.

Spanish clay tile roofs are heavy, weighing around 650 pounds per square. Although that makes it harder to lift them off the top, the weight can put a lot of strain on the deck. In fact, you will need to hire a structural engineer to reinforce it. The roof could cave in otherwise. 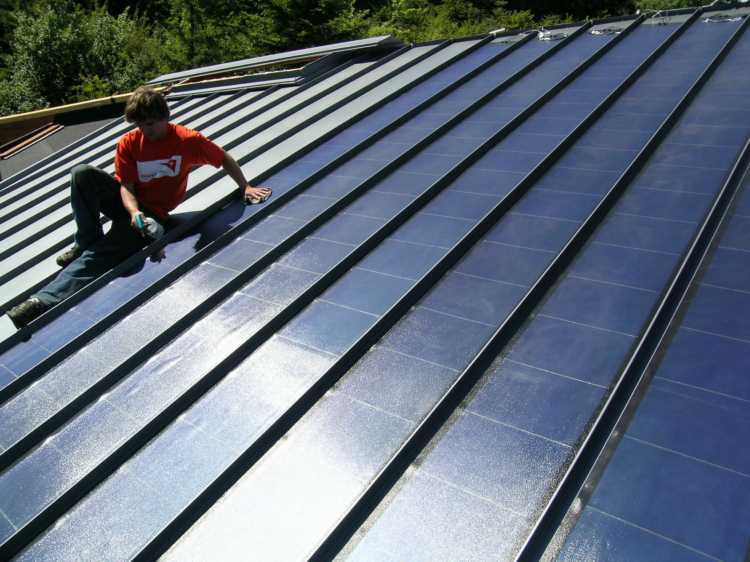 Installing Spanish clay tiles is a labor-intensive process due to their weight. It also requires specialized knowledge and skills that not many contractors will possess. We recommend hiring an experienced contractor who has installed tiles before.

Although metal is lighter, contractors also need skills and experience. However, some metal roofs are more challenging to install than others. For instance, installing a standing seam roof requires specialized skills and should not be a DIY project.

Both metal and Spanish tile roofs are energy efficient. They can save you a lot on energy bills. However, they achieve that in different ways.

Metal roofs feature cool colors and reflective pigments that give them a high solar reflectance and thermal emittance. As a result, less heat gets into the interior. That keeps your house cooler during the summer, thus reducing your cooling bills.

Spanish clay tiles have a natural thermal resistance owing to their dense nature. Therefore, they will not allow heat to penetrate or escape through the roof. Moreover, their layering leaves gaps beneath the tiles that act as natural insulators.

A Spanish tile roof will save you money in cooling and heating bills since it will regulate the temperature during cold and hot days.

Both metal and Spanish clay tile roofs are not suited for low slopes. However, some mechanically seamed standing seam metal roofs can work on a pitch as low as 1/4:12. You should not install a snap-lock system on a slope below 2:12, though.

Meanwhile, the minimum slope for a Spanish clay tile roof is 2.5:12. But even then, you should install a double underlayment for pitches below 4:12.

Both roofing materials require minimal maintenance since they are highly durable. In most cases, biannual inspection and annual cleaning will suffice. However, sometimes repairs are necessary.

Spanish clay tiles are easier to repair since you only have to remove the damaged tiles. It is not always the case with metal roofs. Sometimes it is hard to separate damaged panels from the rest like in mechanically seamed systems.

Metal and Spanish clay tile roofs are both excellent roofing options. However, they differ in several ways and may not be the appropriate option every time.

If you were torn between the two, we hope this article has clarified things to help you make an informed choice. Ultimately, you should pick a roof that not only suits your style but that is also suited for your neighborhood and environment.