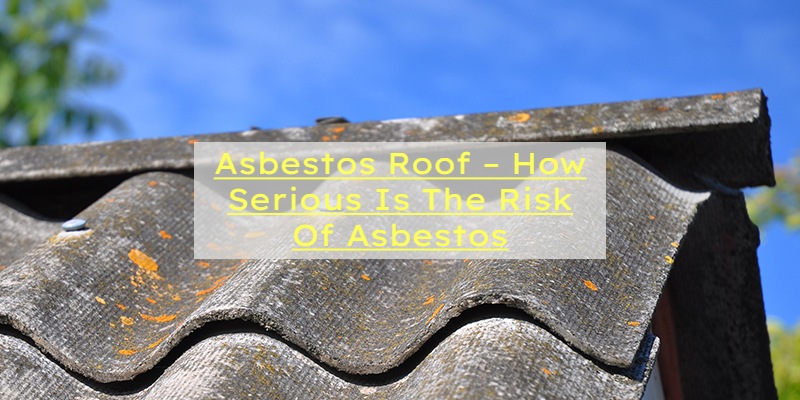 Many people fret when they hear the word asbestos, and understandably so. Research has linked it to various health complications, many of them fatal.

In this article, we look at the dangers asbestos roofs pose to you. Read on to find out also how to identify whether you are at risk and how you can protect yourself. 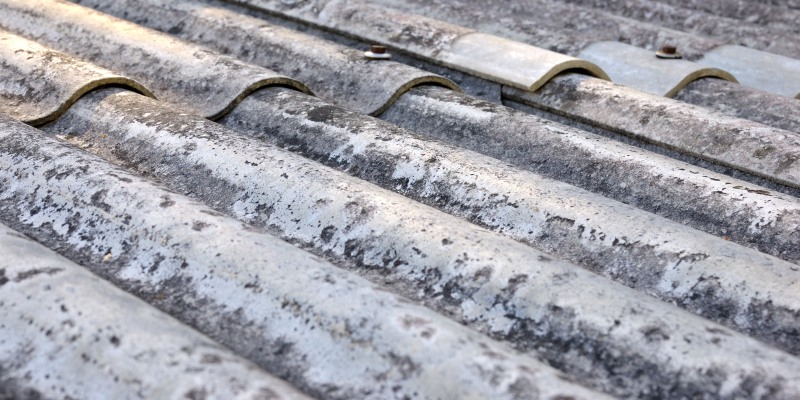 Asbestos is a group of naturally occurring minerals with soft fibers. It gained popularity for its many benefits, which include fire resistance, strength, and thermal resistance. Manufacturers combined asbestos with cement to make building materials. These include insulation, wall siding, and roof tiles.

When Was Asbestos Used in Homes?

It was the Grecians who discovered asbestos more than two thousand years ago. For some reason, its use declined during the middle ages. But it gained a resurgence in the 19th century in the wake of the industrial revolution.

Asbestos was mostly used to manufacture insulation products, which included building materials. The construction industry used it in homes extensively between 1940 and 1980.

It was banned in 1978. But the EPA lifted the ban, choosing to impose heavy restrictions on its use instead. Today, many homes built before 1980 still have asbestos roof tiles. It is also present in many new products, albeit in small quantities.

How Much of a Health Risk Does Asbestos Cause?

Asbestos roof tiles and siding don’t necessarily pose any health risk if not disturbed. The problem arises when the bond between the asbestos and cement breaks due to damage, releasing tiny asbestos particles into the air.

When you inhale these tiny particles, they get lodged into your lungs. Since the minerals are non-biodegradable, they remain there for a long time. When left to accumulate, they could lead to serious health problems.

Asbestosis is one of the most common health issues associated with asbestos. It is an inflammatory condition characterized by difficulty in breathing and coughing. In the worst-case scenario, it could lead to permanent lung damage.

The EPA, HHS, and IARC classified asbestos as a human carcinogen. Research has linked the material to mesothelioma, the most common type of cancer associated with the mineral. Other common cancers include ovary, lung, and larynx cancers.

Additionally, asbestos causes inflammation and scarring. It could even damage the body cells genetically.

How Does Asbestos Exposure Occur in the Home?

As mentioned, asbestos products don’t pose a risk unless they disintegrate to release tiny particles of fibers into the air. Exposure can occur in the following ways.

Asbestos roof tiles maintenance usually involves climbing onto the roof. Although the tiles could be strong enough to handle your weight, they become weaker as they age. Stepping on these shingles could damage them.

Power washing to remove dirt and debris on the roof could also damage the shingles, exposing you to asbestos health risks.

Tests have shown that the amount of asbestos particles released into the air during a fire is not significant. However, the fibers usually mix with the ashes. You are likely to get exposed when cleaning them up after the fire.

Hail storms can puncture or crack the roof tiles, especially if they are old. Damaged shingles pose a considerable risk since they are likely to release asbestos particles into the air.

Even without extreme weather and human interference, asbestos roof tiles are still not safe. That’s because they wear and tear when exposed to normal weather conditions over a long period.

However, normal aging does not pose that great a risk since the wind disperses most particles while rainwater washes away others.

You increase asbestos health risk when repairing or renovating the roof. During the process, you could release the fibers into the air. The risk may be low in these instances, but it is better to take precautions nevertheless.

How Much Asbestos is Harmful?

No amount of asbestos is safe. You contribute to your total asbestos lifetime exposure every time you inhale the fiber particles. An accumulation over time still puts you at risk of getting asbestos-related illnesses.

Even a one-time exposure is enough to make you sick if the amount of asbestos you inhale is significant. An example is the Twin Tower bombing. The survivors could have inhaled enough amounts of asbestos to put them at risk of getting mesothelioma.

However, not everybody exposed to asbestos will get sick. Factors that affect the likelihood of developing poor health include dosage, duration of exposure, genetics, smoking habits, and type of asbestos.

How to Know if Your Home is at Risk for Asbestos

There is a high chance that your home could be at risk. Although the government regulated the use of asbestos in the 70s and 80s, it is still present in 30 million homes in the U.S.

If your house was built before 1980, it might contain asbestos roofing or siding. The roof shingles are easy to spot for some. They are usually square-shaped with a combination of grey and black colors. However, they are also available in a host of other colors.

But what does asbestos siding look like? These are usually harder to spot with a naked eye. To identify them, look for a combination of the following characteristics.

With that said, there is only one sure way to know whether your roof or siding contains asbestos. That is through a lab test. So if you want to be sure, take a sample and visit an asbestos testing lab.

How to Avoid the Risk of Exposure to Asbestos

The obvious answer is to stay away from houses that contain asbestos products. But if you are already living in one, there are several precautions you can take to avoid the risk of exposure.

Avoid areas where asbestos is present in the house. If that is not possible, don’t engage in activities that may result in damaging the materials. Otherwise, you risk releasing the fiber particles into the air.

If you have an asbestos roof, don’t walk on the tiles. Additionally, avoid pressure washing the shingles since it could also damage them. Works related to drilling, cutting, sanding, grinding, and sawing around the house can pose a risk too.

We recommend examining the roof for any signs of damage, especially after a hailstorm. Punctured or cracked shingles can make the asbestos particles airborne.

Having said that, the best way to avoid asbestos exposure is to replace the materials containing the mineral. However, you should handle the replacing process with caution since you could expose yourself to the risk you’re trying to eliminate.

Consider hiring a licensed professional to handle the task on your behalf. If possible, you should also consider moving until the renovation is complete.

According to the international commission of Occupational Health, U.S. asbestos-related deaths were nearly 40,000 in 2016. That means asbestos health risk is still prevalent today even with the heavy restrictions.

It is imperative to protect yourself and your household from the dangers of asbestos exposure. If you live in a house with a roof or siding containing the mineral, the best recourse is to replace it. Remember, you should always handle the material with caution.